The Philippines has a very unique martial arts culture. Much of it centers on the use of weapons and is in direct contrast to Chinese and Korean martial arts styles such as Kung Fu and Tae Kwon Do. The fighting style is sometimes called Eskrima or Kali. Whichever name you use, it describes a fighting style that integrates knives and short stick weapons. Here is a list of three of the most popular weapons.

The butterfly knife is also sometimes referred to as a balisong in the Philippines. It is a folding knife that is designed so that the handles fold down and cover the blade. In order to open the knife, the martial artists will flick it open with a flourish. The knife became popular with fighters because it was faster and safer to open than a knife in a sheath. They could use one hand to open the knife, while using their other hand to guard against an opponents attack. Regular folding knives would require two hands to open. Fixed blade knives were large and would require a sheath. The butterfly knife was the perfect weapon for close combat fighting.

This weapon is made of two sticks that are connected by a chain. The tabak-toyok are similar to the Japanese nunchuks. The primary difference is that the two sticks are shorter than their Japanese counterparts, and the chain is longer. This made them easier to conceal and also allowed for a longer reach. Some versions of the tabak-toyok will be made using rope instead of a metal chain. The tabak-toyok allowed for the fighter to strike an opponent from a distance unlike short bladed weapons.

These weapons are made of bamboo or rattan. This makes them more "springy" than hardwood, which means they won't break as easily in a fight. These two sticks are used in combinations that allow for blocks and strikes. They are short and can be placed in fighter's belt and are one of the most popular fighting weapons. The ability to parry and then launch a counterstrike at the same moment makes an excellent weapon. Also, because they are made from simple materials, they were available to all people. One did not have to have access to a blacksmith or skilled artisans in order to have them, which made them very popular with the common people in the outskirts of the cities. 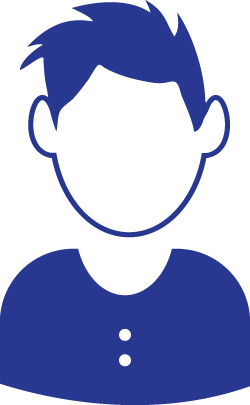 Once I started staying home with my kids, I knew that I was going to need to do something in order to stay sane. I started thinking more seriously about redecorating my home, but truthfully, I didn't know where to start. Fortunately, a friend of mine held craft nights, and she invited me to come. When I went for the first time, I was nervous about getting everything just right. However, after making my first craft, I could tell that I was making it into a bigger deal than it needed to be. I started relaxing and enjoying myself, and things started going a lot better. This blog is all about enjoying new hobbies--especially crafting.